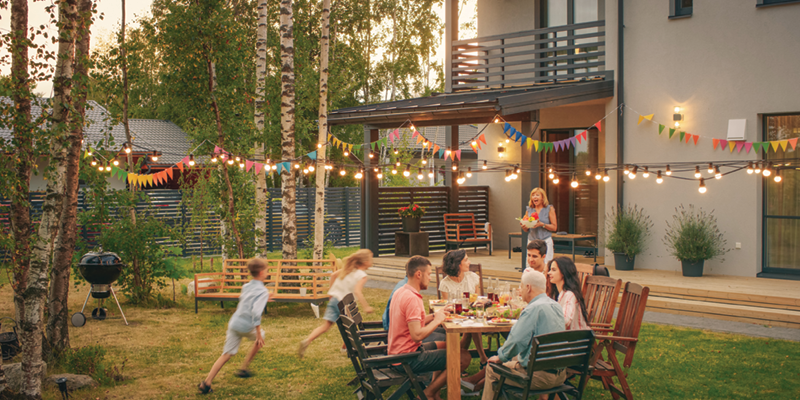 It’s Christmas day, and the in laws are over for lunch. Everyone’s having a jolly time. But wait, what’s that smell?

Over the silly season, with more guests and more time at home than usual, it’s easier for your pipes to become overwhelmed. It’s a running joke in the plumbing industry, and here at Nuflow we’ve affectionately dubbed this ‘The Christmas Overload Phenomenon’.

We see more emergency jobs over Christmas than any other time of the year – and having to call the plumber on Christmas is less than ideal, especially if you’re entertaining guests!

If your pipes are already partially clogged, they can go downhill fast. We’ve put together some of the signs that your pipes might be on the way to becoming blocked, and some tips on how you can avoid a Christmas pipe disaster.

EARLY SIGNS THAT YOUR PIPES ARE BLOCKED OR DAMAGED

There’s not much worse than a blocked sewer, particularly when you’re hosting over Christmas. The sooner you can spot a pipe blockage, the quicker and more affordably it can be fixed! Here are the top three signs that you have a pipe blockage.

One of the first warning signs that there’s a drainage problem is a nasty smell in your bathroom, toilet, shower and kitchen sink. If the odour has been lingering for a while, it’s a good idea to get them checked out.

2. Your sinks are slow to drain

Does your sink, toilet, shower or bathtub take an age to drain when you pull the plug? This is a sign that there’s a partial blockage somewhere down the line.

When your drains make a suction or gurgling sound, it means that something is preventing the water from draining easily.

If you’ve noticed any of the signs above, read our tips for clearing a blocked drain for some DIY ideas to repair pipe blockages.

Sometimes, it’s obvious when you have a pipe problem. But the best way to find out for sure is to send a CCTV drain inspection camera down to see if there’s any damage that isn’t immediately visible. Check out more info on our drain inspection service.

3 WAYS TO AVOID A SURPRISE CHRISTMAS VISIT FROM YOUR PLUMBER

1. GIVE YOUR WATER SYSTEM A BREAK BETWEEN SHOWERS

Extra guests in your house means more showers than usual (let’s hope so, in any case). If you have guests staying over the holidays, give your water system a break in between showers. 15 minutes should do the trick!

Don’t flush things down your toilet that don’t belong there. We’ve seen some crackers flushed in our time! (Literally, we’ve seen Christmas crackers flushed down the loo). Keep a bin in your bathroom, and if you’ve got kids with a penchant for flushing things they shouldn’t, consider investing in a child-proof toilet seat clasp.

3. BE KIND TO YOUR KITCHEN SINK

We love Christmas ham just as much as the next person, but when you’re cleaning the tray, don’t tip it down the sink! The grease can build up and start to trap debris in your pipes, causing blockages. Make sure you also have a sink strainer installed, to catch any last bits of food that might be remaining after you’ve scraped your scraps into the bin.

CAN YOUR PIPES COPE WITH THE FESTIVE SEASON?

If your pipes are becoming repeatedly backed up or blocked, ‘tis the season to get them fixed! If you’ve had your pipes fixed more than once and they’ve blocked up again, they could be cracked. Cracked pipes tend to catch debris, which builds up over time. With Nuflow’s pipe relining technology, we can get cracked pipes sorted once and for all, without needing to dig or excavate. Have a chat with your friendly local Nuflow team to find out more about our no dig pipe repair.

The Nuflow network is expanding! We’re so thrilled for our...
Read more
Nuflow Australasia is excited to announce the launch of Nuflow...
Read more
Blocked drains, burst water mains, damaged pipes are frustrating. With...
Read more