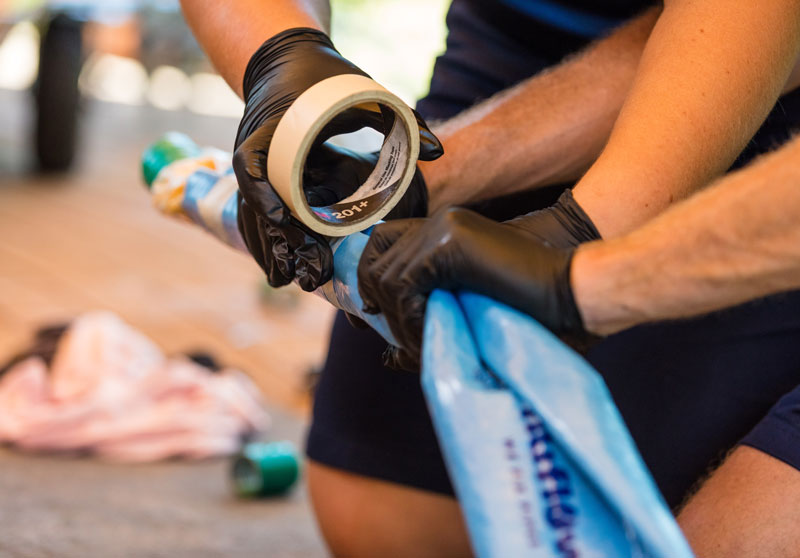 You don’t need to know how to plumb a wall to buy a house, right? So why waste time and energy getting your head around pipe relining just to clear a blocked drain? Here’s exactly what you need to know about relining plumbing pipes.

Understanding the basics of pipe relining

There are a few reasons it pays to understand at least the basics of relining plumbing pipes; not the least of which is the fact that even just a little bit of knowledge can help you pay a lot less when it comes to fixing the plumbing systems in your own home.

We’ve also provided some links to further information (for those who just can’t get enough of pipe relining!). Armed with all that, we’re confident you’ll have everything you need to know about relining plumbing pipes and how to find the pipe relining solution that’s right for you.

Pipe relining: the way of the future

A bit of history real quick!

Way before Cleopatra wove her magic, early Egyptians formed pipes out of baked clay and straw to carry waste and water. With a mostly undeveloped world and thousands of slaves around to do the hard yards, digging up broken pipes and replacing them was an easy fix.

But fast forward a few millennia and it was time for a new system.

Increased industrialisation (that thing they kept harping on about in Modern History) and urban sprawl in the 20th century meant more and more pipes were being laid – particularly post WWII. But it also meant more pipes needed repairs 30-50 years later. Trouble was, by then there were massive apartment blocks and shopping complexes built above those pipes and digging them up became significantly more problematic.

But once again thanks to the marvels of human ingenuity, we created a solution: relining.

With so much infrastructure (roads, homes, shops etc.) built above pipe networks the savings relining has brought for statutory authorities and governments in terms of costs and inconvenience are huge. As with most new technologies (think phones and laptops) prices were often out of reach for the average homeowner initially (unless replacement involved demolition and reconstruction of their dwelling). But as uptake spread and manufacturing costs came down, relining plumbing pipes became much more affordable and in many cases is now significantly more cost-effective than traditional dig-and-replace methods.

But there are other savings beyond what relining can do for our bank balance.

It’s not just people who live around pipes. When pipes are initially installed the soil is dug up and aerated and when it’s put back in it’s less compact, which makes life easier for insects and plants that want to set up shop in the area. Over time small cracks will often leak water and nutrients (sewage) into the surrounding soil as well, which makes this real estate even more attractive to our friendly fauna and flora.

Pipe relining is a highly sustainable practice which protects our environment and the plants and small animals living in our soil. It is much kinder to our earth than excavation, it is safer to install, and it creates less waste and noise pollution. All in all, relining plumbing pipes rather than excavating them is a smarter, safer and more responsible way to go as we plunge head-first into the third millennium.

So what is pipe relining?

Put very simply, pipe relining involves creating or inserting a brand new pipe within an old, damaged one where it sits in the ground. There is usually no excavation involved at all. This means lower overall cost, faster repairs and no destruction or reinstatement costs for buildings, floors, walls, driveways, gardens or other assets or services located above or near the damaged pipe.

As the industry continues to develop, successful outcomes abound which increases uptake, and more and more statutory and government authorities are finding the courage to embrace the new technology. Queensland Urban Utilities (QUU), for example, recently used the CIPP pull in place method for hundreds of metres of water main pipe relining around Brisbane. According to Utility Engineering, Construction & Maintenance magazine, QUU Water Network Program Director, Gavin Flood, believes relining is the way of the future.

“Relining has been used in the sewerage industry for years, but it’s only been in the past 12months that Australian water utilities have begun implementing this technology for potablewater pipes,” Mr Flood said.

“Relining is quicker and can be more cost effective than traditional alternatives and importantly, it minimises disruption to the community.”1

The main advantages of relining are:

The main disadvantages are:

The four most common methods of pipe relining are:

CURED IN PLACE PIPE (CIPP) LINING
This is where a liner is impregnated with advanced composite resin compounds and fed into the pipe where it is cured in situ.

FOLD AND FORM LINING
With this installation method, a PVC pipe is mis-formed (folded), fed into the damaged pipe and then reformed using (usually) temperature.

SLIP LINING
Slip lining simply involves inserting a new, smaller pipe (coated with grout) into a damaged pipe and joining (bonding) them together.

SPRAY LINING
A composite resin mixture is sprayed onto the interior of the pipe to coat it.

CIPP relining (sometimes incorrectly referred to by the much older term and process, ‘slip lining’) is the most common method of residential pipe rehabilitation in Australia and NZ.

With CIPP there are three different ways to install the new lining. They are:

How to find the installer that’s right for you

Ensure your relining installer is:

And that the products are:

In the 1990s when European and Canadian cities were embracing pipe relining, Gold Coast plumber, Ed Ahern, got wind of the innovation and travelled abroad to learn more. He brought the concept back to Australia and his company, Nuflow Technologies has been providing pipe relining on the Gold Coast, Brisbane and in cities throughout New Zealand and Australasia ever since. Nulfow now leads the way in residential CIPP (pull in place) pipe relining solutions and is developing new products every day.

Nuflow invests heavily in research and development, employing their own local scientists who respond to market demand by developing products which solve customers’ problems and exceed international standards. They custom design solutions to match job specifications and their installation partners are rigorously trained and well supported. They’re heavily involved in industry education nationally, have a great reputation and back what they do with warranties of up to 50 years.

You can speak to us about whether our products are right for you. Visit our contact page to find your local Nuflow technician.