When the historic Old Parliament House building was threatened by corroded and leaking radiator heaters, Nuflow offered a viable relining solution that will extend their operational life by at least 50 years.

With construction of the building completed in early 1927, this icon was the seat of the parliament of Australia for over 60 years from 1927 to 1988. It has seen the cultural landscape of Australia and her people change and the wall mounted heaters have kept many world leaders and dignitaries including Queen Elizabeth II and the Duke of Edinburgh, General Douglas MacArthur, Prime Minister Margaret Thatcher and President Lyndon Johnston warm throughout their visits.

Today Old Parliament House is a National and Commonwealth heritage listed building. It is home to the Museum of Australian Democracy a museum that shares the story of Australia’s democracy, the history and heritage of the building. Maintaining the originality of this architecturally designed structure and its operational infrastructure, including the radiator heaters, is of national importance and a high priority.

At the ripe age of 93 years old, this heritage listed icon has had its share of issues over the years for its maintenance team, but the recent issue with its radiator heaters had them bewildered.

An issue with the original wall mounted heaters

The hot water radiator heating system gently warmed Old Parliament House by heating water in a central boiler. It is then sent through the building via pipelines and delivered into radiators, which use convection and radiation to warm the air. This water passes in the wall mounted heaters via one pipe and travels out another pipe. It then returns to the boiler to be reheated and redistributed. 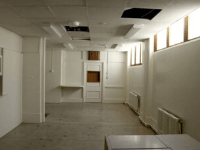 Radiators in the Woman’s Dining Room 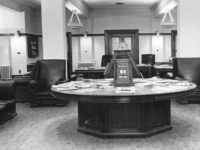 Old Parliamentary Library with Radiators in the background

A substantial investment had been made into upgrading the old water radiator heater system in the building which included the original boiler unit. When the facility managers first started to find leaks from the nearly 100-year-old water filled radiators they thought it nearly impossible to keep the original heating system running. The minerals in the water passing through over the years, created sludge and corrosion, causing the radiators to leak. Attempts were made by local radiator repair tradesman to solder or braze the radiator to fix the issue but a more permanent solution was required if they were to maintain this classic heating system.

Finding a solution for the Radiator Heaters

By chance, an Old Parliament House facility manager was attending a conference and exhibition when they stopped at the Nuflow pipe repair display. It was here they discovered their technology that had been successfully used across Australia to repair corroded pipes. The Redline coating product was developed to be used on US Navy fleets of submarines. Area Manager Matt Bell explained that “this epoxy system was used to coat the inside of the ship’s water intake pipes that were severely corroding due to the nature of salt water on metal pipes. The epoxy coating helped extend the life of the host pipe dramatically”.

Redline is now used all across Australia particularly in potable water and pressurised fire service line applications. Local research and development at Nuflow has seen improvements to the patented epoxy coating that has propelled them to become an industry leader in this highly technical field.

Nuflow were invited to Old Parliament House to inspect the radiator heaters and see if the technology was able to be adapted to something other than a round pipe. Nuflow Managing Director Ed Ahern, visited the site and upon inspection of the units, offered to do a pilot job on one radiator to see how well the Redline system could work on their wall mounted heaters. It was a hard offer to refuse, with radiator repair options exhausted and Ed offering to do the pilot trial free of charge.

A successful method for radiator repairs

Upon receiving the radiator at their factory, Nuflow’s research and development team successfully adjusted the technique and product to coat and repair the radiator heater. The Redline process followed a proprietary methodology that ensured the radiator was cleaned of internal rust and coated twice with the advanced Redline epoxy formulation. The coating ensures the original metal surface will never come in contact with water again and ultimately the corrosion will not return and destroy the heritage listed building’s radiator. 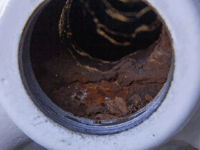 Sludge build up and corrosion inside the radiator 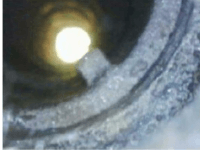 Inside the radiator after it had been cleaned 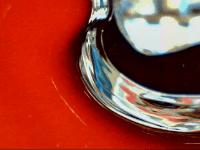 Inside the radiator after the Redline Epoxy Coating

Engineer’s at Old Parliament House cut open the pilot radiator to expose a cross section of the unit to see if the coating was acceptable. Happy with the result, they engaged Nuflow to get an additional 59 radiators repaired with the Redline relining system.

Nuflow technicians have successfully relined the additional units and returned them to be reinstalled in their original locations within the heritage listed building. The initial radiator first relined, is displayed within the museum showcasing Nuflow’s innovative repair method. 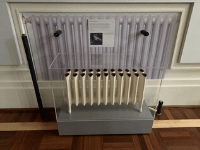 This successful relining of the radiator heaters has helped to maintain one of Australia’s historically significant buildings and finding solutions outside the box in a congruent partnership has achieved innovative opportunities and results.

Nuflow are able to support heritage engineers and facility managers in unique relining repair solutions to infrastructure. Contact them today for more information.