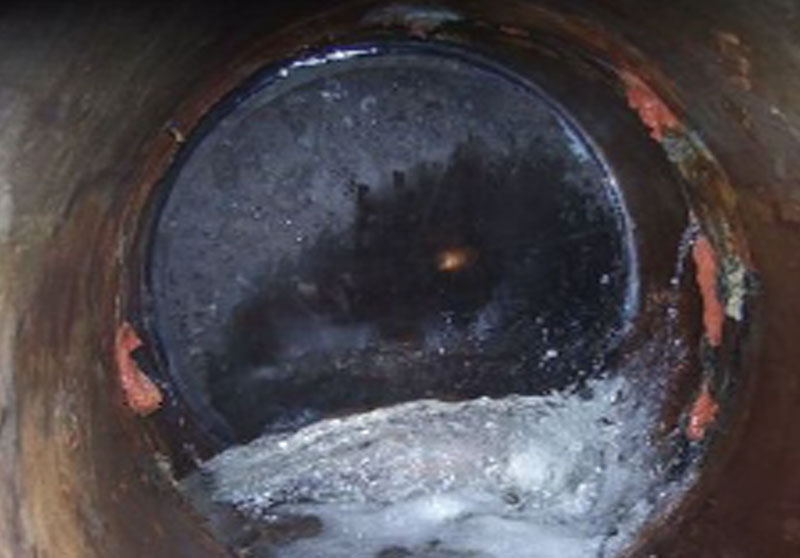 During the construction of the Tugun Bypass, water monitoring stations observed an increase in the flow of water through the storm water system even during times of minimal rain fall.

The contractors were looking for a way to stop the large amount of groundwater infiltrating through joins in the large bore pipes underneath the newly finished motorway. There had been a number of attempts to fix the problem none were successful due to the water pressure pushing through the gaps back into the pipe.

Using specially designed skids to deliver the liner to the exact position in the pipe, we inflated a custom made 600mm diameter x 7mm thick liner, immediately the water ceased flowing from this join. We had pumps up-stream to control the water coming in from the other joins, and divert it away from our liner.

The only other alternative would be to excavate the pipe, but this was unrealistic as there was so much groundwater; and it would have held up the already delayed opening of the new bypass.