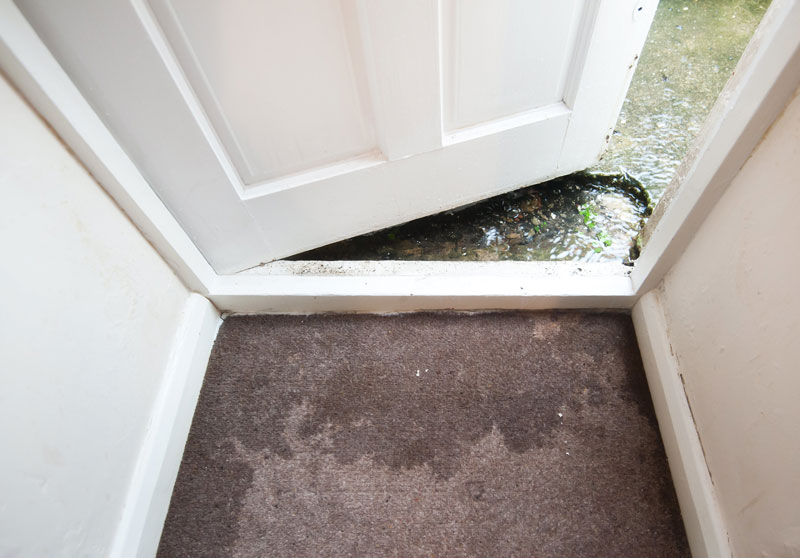 Occasionally our technicians are asked by home owners if there’s any way to avoid having pipes repaired in order to save money. They also frequently work with home owners to plan out pipe repairs where the home has reached the age when plumbing pipes are likely to start failing. While we wholeheartedly understand that pipe repairs can be a significant investment, we’re keen to outline the price of delaying relining damaged pipes or deciding to forgo it altogether.

Plumbing pipes are out of sight and until they are wreaking havoc mostly out of mind. We can easily be fooled that a temporary fix of your drainage pipes, such as a jet clean, means that the problem has been solved. Those temporary fixes can also seem cheaper than permanently fixing the underlying cause of the trouble. The truth is that before too long things can get a lot more expensive.

A leaking pipe that is not addressed may end up costing you the manicured garden you’ve toiled over for years, or the perfectly renovated kitchen or bathroom you saved for. Plus, if you have a leaking pressure pipe, your water bill will suffer.

TREE ROOTS WILL RETURN TO A SOURCE OF WATER

The most careful gardener can be frustrated by trees that are planted well away from major pipes, believing they are safe from damage in the long term. However, during the dry months tree roots will travel distances to seek out water.

Even the smallest leak in a pipe can attract some major root damage. By the time rain comes, home owners are surprised to find that their drains are clogged and their storm water pipes are cracked by tree roots and they are now dealing with water damage inside of their homes.

Worse, the cycle continues year after year until either the tree goes or the pipes are replaced. Relined pipes, on the other hand, are impenetrable by tree roots and small leaks are easily addressed.

REPEATEDLY CLEARING PIPES CAN DAMAGE THEM BEYOND REPAIR

Blocked pipes that are repeatedly cleared will eventually become so damaged that they can’t be relined and will need to be replaced.

Clay pipes in particular, which rely on their internal glazed surface for structural integrity, are easily gouged by plumber’s eels and high-pressure jets. This leaves them vulnerable to further breaks and erosion from normal ground shifts, persistent tree roots, chemical use and debris moving through them. A problem which is ‘easily sorted’ by the occasional quick visit from your friendly plumber will eventually turn into an expensive, messy and disruptive problem.

Those once-in-100-year storms are happening much more frequently as climate change accelerates. Many home owners and businesses find themselves caught out when storms hit because they have delayed storm water pipe repairs.

Ageing pipes may (just) hold up under typical conditions, but they are not up to the volume of water that can be expected from heavy rains.

While there are some precautions to take that will help to minimise damage to property from overflowing pipes, taking action and having them repaired really does save for that rainy day.

Reality TV shows such as The Block and House Rules have many people believing they can do it themselves and increase the value of their home.

A common mistake that many first-time renovators make is to renovate over the top of original pipe systems, then find themselves in the frustrating position of having to fix broken pipes later on. Identifying issues and making repairs before undertaking renovations is the better strategy, particularly where the home is more than 20 years old.

Taking the ‘if it ain’t broke don’t fix it’ approach can save money in the short term, but eventually pipe issues will occur. Of course, pipes in renovated homes can usually be relined without any disruption, but it is always less costly as well as less risky to get ahead of pipe issues when they have less potential for costly disruption.

On the other hand, completely re-plumbing an entire house is often an unnecessary expense. Our technicians work with renovators to customise a solution for repairing the pipes that need it using Redline for pressure pipes and Blueline for drainage pipes, for example.

Pipes are also prone to breakages during renovation work being carried out, and we’re frequently called in to fix those too.

Your family’s health is not the price you want to pay for the sake of fixing pipes that are leaching contaminants into your drinking water. PVC pipes, phthalates and dioxins in materials used to join pipes, and lead from brass fittings are just some of the known chemicals from ageing pipes that can be serious hazards.

A recent study revealed that in New South Wales, eight per cent of homes tested had levels of lead above the Australian Drinking Water Guidelines (ADWG).

Nuflow’s Redline epoxy pipe lining materials have been thoroughly tested and meet or exceed all safety standards when it comes to drinking water.

The cost of excavating and replacing pipes can be between $5,000 and $20,000, depending on the extent of the pipe damage, the location of the pipes or the difficulty of access (such as where pipes in question are in hard to reach places).

These costs are raised where additional labour, excavation equipment and, in some cases, traffic control and temporary facilities (porta-loo, water redirection etc.) are needed. Plus, there is a time factor. Some pipe replacement jobs can take weeks.

Pipe relining, on the other hand, is usually completed on the same day. Our technicians are committed to complete transparency and provide an accurate, fixed price quote as well as CCTV footage of the damage and repairs once finished.

On average, a typical residential pipe repair by Nuflow usually costs far less than dig up solutions and is fully backed with a 50–year warranty.

If you’re experiencing recurring blocked drains or pipes, book a pipe inspection and get a quote on your pipe relining, visit our booking page or call us on 1800 683 569 within Australia or 0800 168356 in New Zealand.