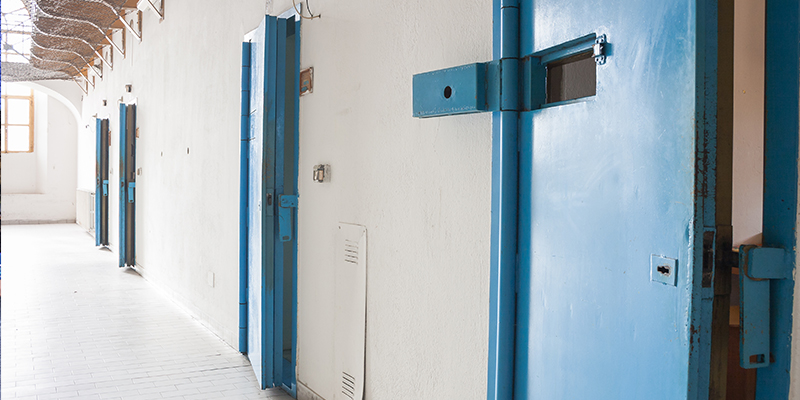 Nuflow Otago repaired a high-security building in New Zealand. New imported prefabricated buildings had issues with leaking shower wastes in some bathrooms, but needed to be installed on site in the next few days. The dilemma was a months’ worth of rectifications needed to be performed first.

To resolve the issue using traditional repair methods, the floor would need to be removed and all new piping installed. It was a major cost and time factor that the builder could not afford if the project was to remain on time and on budget.

If the builder went with a traditional repair it could have taken three months. Nuflow executed the repair in a third of the time without any lost days of construction to the building site.

Nuflow’s pipe relining system did not stop any work from progressing on the building site as it had the ability to be done offsite prior to the buildings being installed at the high-security facility.

The buildings were basic portable buildings which were brought in from overseas. They were relined in batches at an offsite location and then transported to the construction site for installation. This pipe relining process ensured the builder lost no time keeping within the project timeline.

It also meant no loss of resources for them. They didn’t have to take workers off jobs to rip up the floors and replace them, which would have had to occur in a traditional repair method.

It’s hard to factor all costs into the saving made by the builder but if you just look at materials and time it’s estimated to be around 60% saving. This is quite normal when you use pipe relining over traditional replacement of pipe as it’s not just the cost of replacing the pipe but the cost associated to rectifying the site after pipework is replaced. Walls need to be fixed, concrete relayed, waste removed from site and the environmental footprint is far less.

WHY RELINING WAS THE BEST SOLUTION

As discussed earlier the cost-saving was huge compared with the costs of the traditional ‘dig and replace’ method, especially when you’re talking about 180 floor wastes.

WHICH RELINE PRODUCT WAS USED

Due to the unique shape and material used in the floor waste it meant that the Nuflow’s Research & Development (R&D) team would need to be involved to determine if the waste could be relined. The manufacturer of the metal trap was generous enough to provide Nuflow with a sample trap to reline and after extensive testing and development it was approved fit for purpose and an installation method was developed specifically for this project.

The R & D team then shipped the sample to Auckland, New Zealand where the local Nuflow Otago team presented the solution to the builder. The builder was impressed by the quality of finish and the durability of the Blueline product which is backed by up to 50-years warranty.

This was no ordinary reline and each floor waste reline required an anchoring system to hold the Blueline system in place and a high-quality finish was demanded below the finishing grate with security and safety-critical to the end solution.

Keith Campbell the experienced Nuflow technician, custom-designed a regulator manifold to inflate 8 relines simultaneously, speeding up the repair process. This system had not been seen before and Keith described it as “good old fashioned Kiwi enginuity”.

The key with this job was the complexity of the shape that is to be relined.

It’s easy to reline a round pipe but we relined a pipe that was round, reduced in size and went around a 90-degree bend.

“This is complex and Nuflow is the only company in the world that was able to do this successfully at the time according to what the customer told me”, said Campbell.

This project was a great success given the close relationship between Nuflow’s R&D team and franchise installation network. With a pilot run taking place through the R&D department prior to going live on site enabled a positive solution for the high-security building in New Zealand. 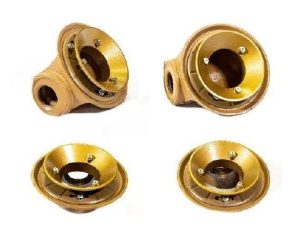 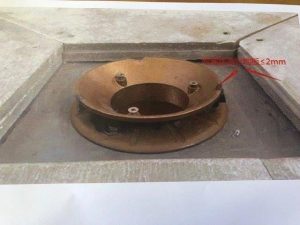 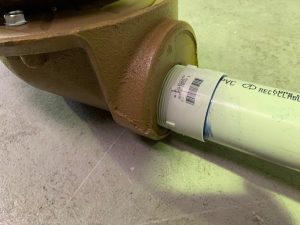 Side profile of floor waste 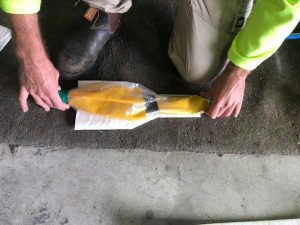 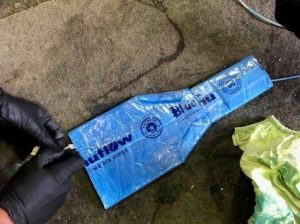 Liner impregnated with resin ready to insert into waste 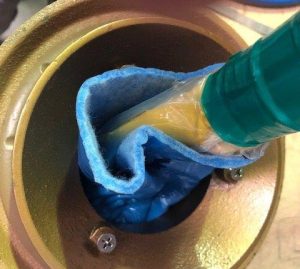 Relining in progress – Liner and bladder in floor waste 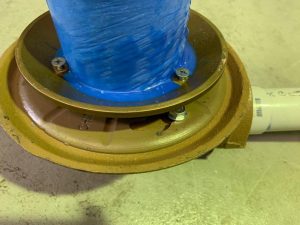 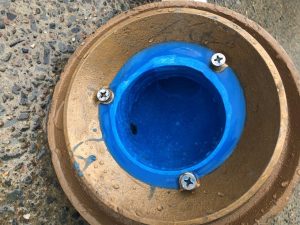 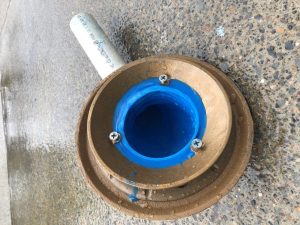 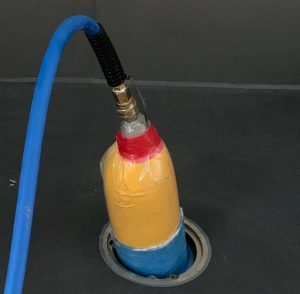 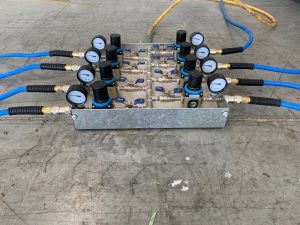 Manifold used to reline 8 waste’s at a time 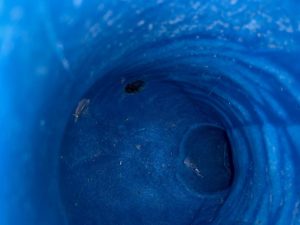 If you require a unique solution to your project, contact Nuflow today.