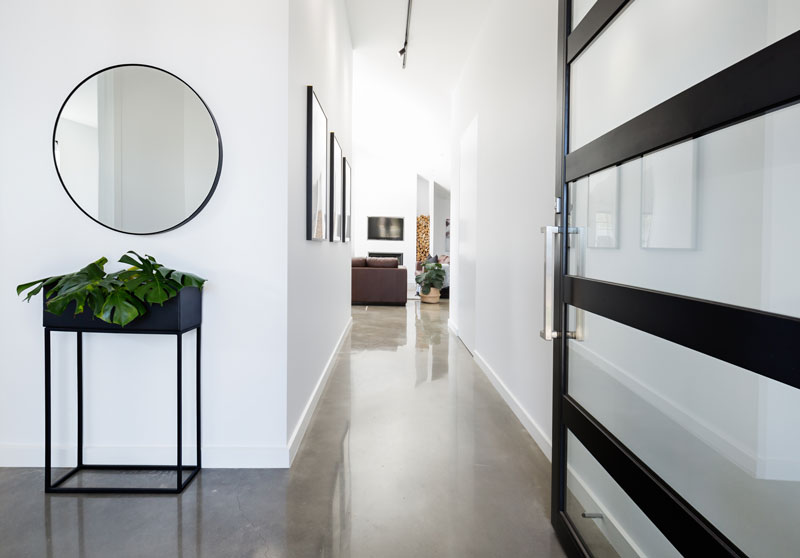 Most of us are kind of floating down that big river in Egypt when it comes to the pipes and drains under the our feet. Deep down we know we need and rely upon them to keep things working, but we don’t like to think much more about it than that. It’s like no news is good news. In this article we give you the good news about repairing drain pipes under a concrete slab.

Even when the tell-tale signs of a broken sewer pipe under a slab or a collapsed drain in the kitchen raise their ugly heads, we’re fairly good at ignoring them. ‘Gurgling? What gurgling?’ we ask when a visitor points out the spluttering effort our sink drainer is making to suck down the dirty dish water or the knocking sound in our old clay drainage pipes.

Some people will persist with a broken drain pipe under a slab in their bathroom for years, keeping the plunger constantly at the ready and hoping the problem (whatever it is) will right itself in time.

But good old denial (emanating from a very legitimate fear about just how much it’s going to cost to fix a drain pipe under a slab) can only delay the inevitable for so long. Eventually the blockage becomes so bad you’re hiring a Port ‘a loo for dinner parties, and you have to face the fact you’ve got a problem. You hope like hell the plumber’s drain camera inspection will reveal it’s just a big clump of toilet paper or the stuffed bear your niece lost last Christmas and that they can clear in a flash. But in reality it’s much more likely you’ll be told the sewer’s been completely blocked and cracked with tree roots, or that earth movement has left you with a collapsed drain pipe under your concrete slab.

As distressing as this news might initially be, however, it’s no longer the end of the world, thanks to advances in composite resin technology which occurred as we waved goodbye to the 20th century.

Today, composite resin compounds are used to make a whole range of products and equipment such as aeroplane bodies, elite sports equipment (cricket bats, tennis rackets and hockey sticks) and sleepers for train tracks. But for anyone needing to repair a sewer pipe under a slab, the most exciting development is use of these incredibly strong materials for relining broken sewer and water pipes. These new, no-dig pipe repair solutions, such as cured-in-place (CIPP) advanced composite resin pipe relining have been used with great success across Europe, Canada and the United States since the early 2000s to reline broken water pipes without excavating, and are now available in Australia.

Why it’s so hard to repair sewer pipes under slabs

Houses that are built on slabs have a concrete beam around the edge that is usually about 600mm deep. The rest of the slab sits above a 100mm to 150mm bed of gravel then a layer of plastic to keep out moisture and possibly termite barriers. The slab itself is then about 100mm to 150mm thick and has wire mesh andsteelreinforcing bars within it (reinforced concrete, or ‘reo’). Commonly referred to as a floating slab because it ‘floats’ on the soil, the deeper concrete around the edges hold it in place and in colder climates, ensure the slab edges are buried deep enough to remain below the frost line in winter.

But the interesting (or troublesome, depending on whether your pipes are working beautifully or not) thing about slabs is that thehome’s sewer and drainage pipes, and sometimes even the electrical circuitry, have to be put in place before the concrete is poured. This means that these services are basically embedded into the slab, and if pipes are damaged and you want to totally replace them you will have to cut the slab and dig them up.

What does it cost to fix drain pipes under a slab?

If you have broken drains under a concrete slab, driveway or floor, here a few things to consider before you make any decisions about whether traditional dig and replace methods of pipe repair or one of the new relining technologies will work out most cost-effectively for you.

Apart from the cost of the new pipes and fittings, and the time the plumber takes to procure and install them (on average $80-100/hour), pipe repairs that require digging up under a house slab will also incur costs via:

In fact most pipe repairs under slabs will end up costing on average $6,000 to $10,000. On top of that is the inconvenience and lifestyle disruption that occurs whilst the repairs are being carried out (anywhere from four days to a month) and if work is done on an emergency, holiday or weekend basis costs will be even higher.

So if you’ve been told you need to replace a sewer line under a concrete slab and that your imported Italian tiles will need to be jackhammered into oblivion, try to stay calm and consider your options.

A reliable relining company can send technicians to do a CCTV inspection of drains and diagnose exactly what and where your troubles are. They can also tell you whether relining will work and give you a fixed price quote.

Nuflow, an Australian relining company that operates throughout New Zealand, Australia and Asia, has been helping home owners repair broken drain pipes under concrete slabs for nearly 20 years. With their own team of scientists and engineers, they’ve developed liners and composite resins for sewer, stormwater, drinking water, chemical and industrial-use pipes and even have resins that cure under water.

The liners are pulled into place with ropes using existing access points. The two-part epoxy resins which impregnate the liners are then activated under pressure to cure rock hard and form a brand new, structurally sound pipe inside the old, broken one, which is then guaranteed not to fail for up to 50 years.

John Farrugia has been relining with Nuflow Australia for 15 years, and says his team at Nuflow North Brisbane get incredible satisfaction from doing pipe relining for people who’ve been told their only repair option was to excavate.

“The best jobs for us are domestic pipe relining ones where people believe – or have been told – they’ll have to rip everything up to get pipes fixed,” he said.

“We recently did one at Minyama, on the canals at Mooloolaba, which is quite an exclusive area with pretty expensive and luxurious homes.

“We were contacted by a very distressed retired couple who’d just moved into their dream house and within a week had found major issues.

“They’d had an inspection which revealed screw piers and footings that had been recently put in had damaged their drainage pipes and they’d been told they’d have to remove their pool and outdoor area to repair the connections.

“It would have cost them a fortune and the heartache and anxiety they were going through was quite immense, but once we told them we could do the whole thing in a few days without digging they were ecstatic.

“We get a lot of satisfaction out of that; fixing things without having to rip something down, especially something that’s really nice like brand new kitchens or expensive tiling or polished concrete floors.

“When people get drainage problems under concrete slabs or pools and paving they think straight away it means they’re going to have to ruin everything and start again and they get themselves into a frenzy.

“But once we explain how we can do it without digging it’s like they’ve been given a lifeline and when we’re done they want to give us cuddles and hugs and pats on the back, which is kind of nice.

“And it’s even better when they want to give you a good bottle of wine or carton of beer on top, just to say thanks.”

If you’d like a quote on fixing fixing a broken drain pipe from your local Nuflow pipe repair specialist, visit our contact page.