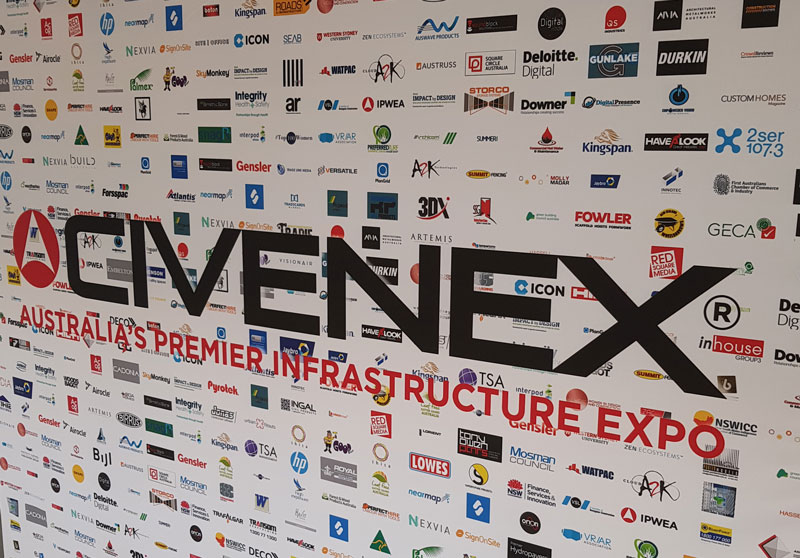 Nuflow team members Matt Bell and Jeff Hilditch have had a very busy couple of days exhibiting at Civinex in Sydney this week. Around 15,000 people visited the expo on its first day and slightly fewer on the second day.

Our team spoke to hundreds of engineers, facility managers, building and strata managers as well as plumbers and builders. The interest in Nuflow was overwhelming. Matt reports,

“We had a number of groups of visitors from government organisations and local councils come through looking for innovative solutions. We were able to explain how pipe relining can help with larger pipe issues, in particular with stormwater headaches that are commonly experienced by councils.

Many visitors had no idea that relining can work for large sized pipes and are really keen to learn more and work with us to produce a tailored solution for their pipe rehabilitation projects.” 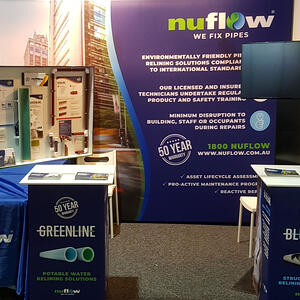 Aside from enjoying the coffee and the buzzing atmosphere, Matt and Jeff were engaged non-stop in discussions with visitors on some very specific themes.

The biggest question onboth dayswas “Is it locally made?” which gave the guyslots ofopportunities to talk about our Gold Coast manufacturing plant and the fact that Nuflow has the only Australian made relining products available on the market.

Visitors wanted to understand how pipe relining works and, more specifically, will it work for their particular pipe issues “Could you reline this?” the answer to which was a resounding YES! 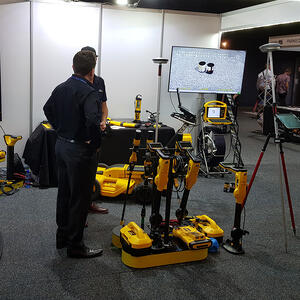 Matt and Jeff also had a chance to get a preview of some great new products related to the pipe rehabilitation industry including new high-tech CCTV cameras for pipe inspection, pipe detection equipment and improved stormwater retention units.

Overall, Nuflow at Civinex has been a success. Especially, as Matt tells us, “It’s been great to get such a positive public response – and Jeff and I still like each other”.

The Nuflow network is expanding! We’re so thrilled for our...
Read more
Nuflow Australasia is excited to announce the launch of Nuflow...
Read more
Blocked drains, burst water mains, damaged pipes are frustrating. With...
Read more