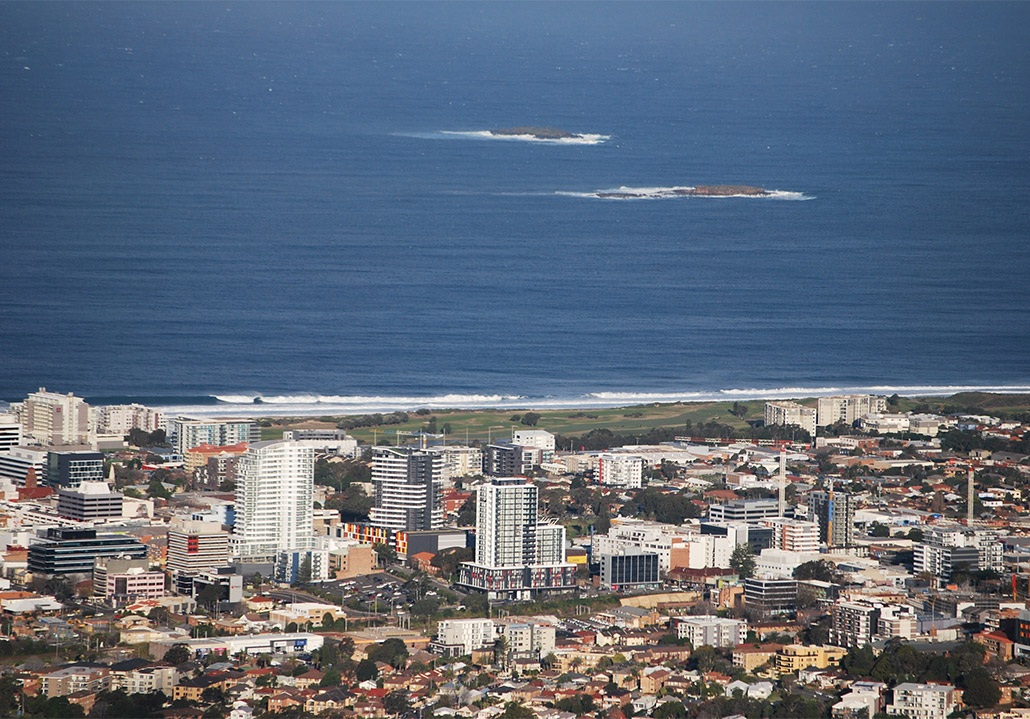 In hospital buildings, and most commercial properties, it’s common for sewer pipes to be located deep underneath the ground and under thick layers of structural concrete. When commercial plumbing problems like leaks or blockages arise in these buildings, they can be extremely costly and time consuming to fix. When South Coast Private Hospital found a leak in their sewerage system, they found out just how complex this kind of plumbing problem can be.

It was clear that the sewer was leaking from the inlet and outlet pipes of the building’s grease arrestor, flowing through the ground and entering the stormwater drainage system. On top of dealing with the complexity of the problem, the hospital couldn’t afford to have its plumbing system down for long as they cater to the needs of so many people within their building. Not to mention that the broken pipes were located 2.5 metres under the driveway, near the entrance of the hospital. This meant that the plumbing services wouldn’t be a simple job, and excavating and replacing the pipes wouldn’t be an option.

From the outset, it was clear that fixing the leaking pipes would not be straightforward. If the hospital decided to replace the damaged pipes, they would have had to cease operation in the hospital’s kitchen and risk injury and further damage due to the location of electrical, water, and telecom services. Staff and patients would have also been required to relocate during the services, potentially causing weeks of disruption and costs.

Luckily, thanks to the long-term relationship between South Coast Private Hospital and the Nuflow Wollongong team, we were contacted by the hospital and able to provide an alternate solution to ripping up the entire concrete driveway. With prior knowledge of our no-dig pipe relining method, the hospital was confident we could get the problem sorted and provide a less disruptive and more cost-effective solution.

Dye testing and CCTV showed cause of problem

Dye testing proved the grease arrestor to be the culprit for the leaking sewerage into the stormwater system. Our CCTV inspection also confirmed dislodged and cracked inlet and outlet pipes underneath the building. The faulty inlets and outlets were causing a serious problem, allowing waste water to leak into storm water.

To fix the broken pipes, we used our environmentally-friendly pipe rehabilitation solution, Blueline. We relined the broken pipes with epoxy resin, without needing to excavate or dig up the concrete – which would have been the case if the pipes were replaced.

Once the resin had set, it created a brand-new pipe within the existing old pipe, providing a long-lasting solution so the hospital wouldn’t face the same problem in the same area. 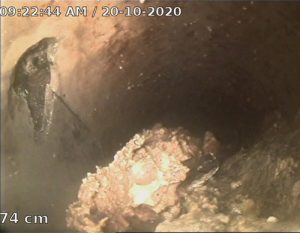 Before: The original, cracked pipe (inlet 1) 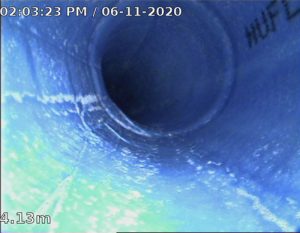 After: The relined pipe.

When structural works are undertaken in a hospital building, staff and patients usually need to relocate for the duration of the repairs for their own safety – not to mention the noise and dust created from demolishing concrete. With our pipe relining solution, we not only created a long-lasting solution to the problem, but we also avoided disruption to the hospital, its patients and staff. We eliminated the need to dig up 2.5 metres of concrete to replace the inlet and outlet pipes of the grease arrestor, which would have cost the hospital thousands of dollars.

“We wrapped up the job in two days. The client was extremely happy with the solution we provided, saving them money, with no disruption to the operation of the hospital.” – Todd Proctor, Nuflow Wollongong