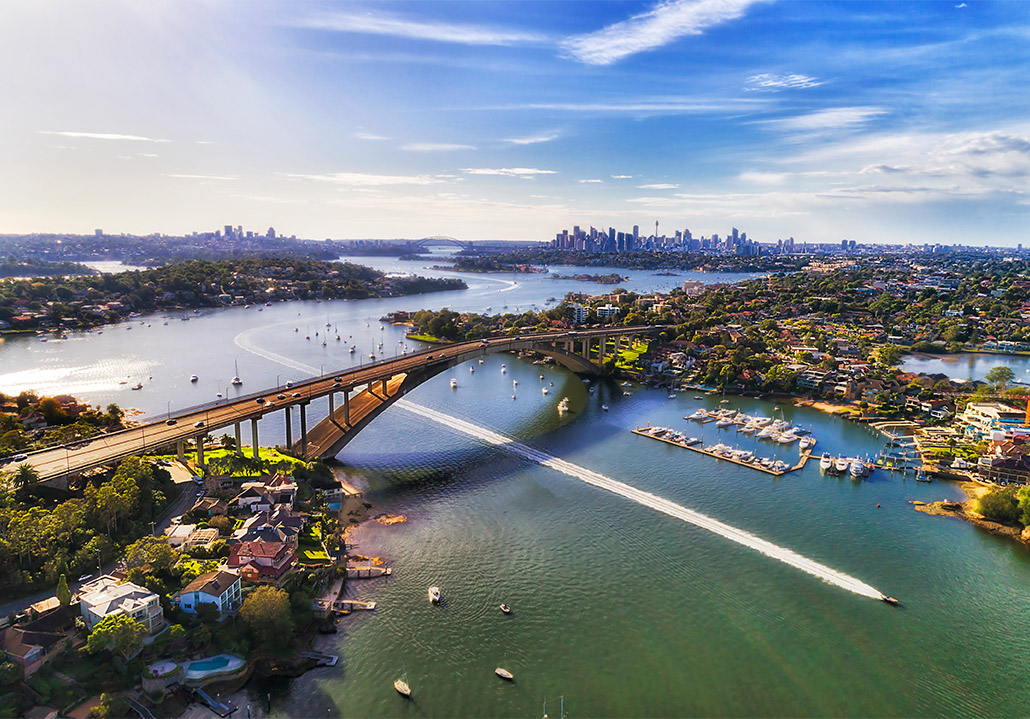 When Parramatta home owners moved into their brand-new house, the last thing they expected was to find that their sewer system was already blocked! After investigating, the couple discovered to their surprise that the sewer line was full of set concrete, and completely blocked.

Stuck between a concrete slab and a hard place

The way the sewer system was configured meant that it ran directly underneath the house. This meant that digging up the blocked pipes and replacing them would have required demolishing their newly constructed garage and kitchen. Naturally, the property owners wanted to find an alternative solution to ripping up their new home. They had worked with us on several projects in the past and knew that we specialised in no-dig pipe repairs, so they called us out to take a look.

CCTV drain inspection revealed the extent of the problem

First up, we needed to know the exact scope of the damage so that we could make a plan to fix it. We sent high-definition drain cameras down into the sewer system to get a clear view of the problem. Our inspection revealed that there were two cracks in the pipe, which had allowed concrete to flow into the sewer system when the concrete slab had been poured for the house.

“We spotted two main defects in the sewer pipe that had let concrete run into the system. Before we could get in and fix those cracks, we had to get rid of the concrete first.” – Matthew James, Nuflow Sydney Metro.

Robotic cutters made short work of concrete blockage in the drains

Once concrete has set inside pipes, we need to use specialist drain cleaning equipment to break it up and remove it. When we’re dealing with solid blockages like concrete or steel, we use robotic cutters to clear it out. A robotic cutter is a cutting head at the end of an air hose that literally cuts up the obstruction, allowing it to be removed quickly and easily.

After we removed the concrete, we set to work repairing the two cracks in the pipe to prevent further leaks or potential tree root intrusion. We relined the inside of the pipes with Nuflow’s Blueline epoxy resin, and we used the existing access points to install the relined sections – which meant we didn’t need to dig anything up to get the drains repaired.

Concrete in sewer lines can cause major plumbing problems in a home – especially when the pipes run underneath a concrete slab. With pipe relining technology, we can circumvent the need to demolish or excavate to get broken pipes fixed.

In the case of this job, we were able to unblock the sewer drain and reline it in one and a half days without digging, which meant that the residents of the house didn’t need to move out while the repairs took place.

“With some plumbing services and repairs, you need to demolish parts of the house or garden to get pipes fixed or replaced. With pipe relining, you don’t need to dig anything up – it’s great to be able to tell our clients that they can stay in their homes while we fix their plumbing.” – Matthew James, Nuflow Sydney Metro.

We’ve been seeing more cases of drains blocked with concrete across Parramatta and Ryde, as home builders are opting to maximise their space and run their sewer systems under the house. While this is a great option for increasing the footprint of homes, it also means that if there’s a broken pipe under a slab of concrete it can be tricky to access the problem to fix it. If you’re looking for drain repairs that don’t require digging up your house or garden, our team is here to help! Chat with us to find out more about our no-dig pipe relining process.

When steel is being manufactured, hundreds of litres of water is pumped in and used in the process. But over...
Read more
Licence Number: 299223C
Visit nuflow.net
2022 © Nuflow Sydney Metro