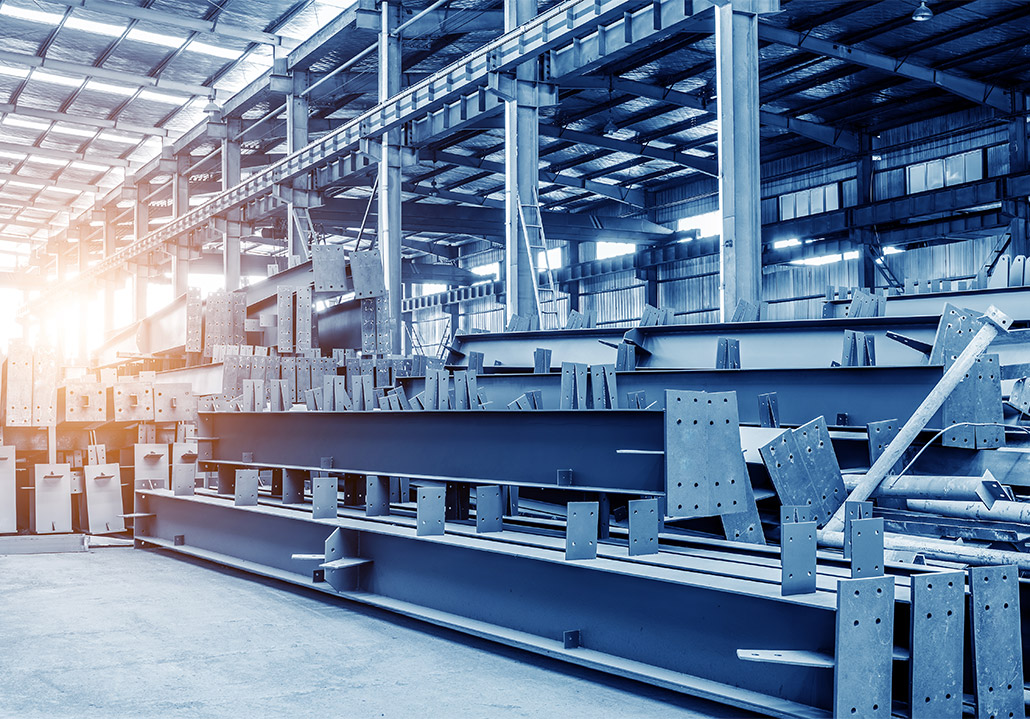 When steel is being manufactured, hundreds of litres of water is pumped in and used in the process. But over the years, particles of steel can start to enter the pipes, creating a build-up of rust that causes corrosion.

When one of Sydney’s leading steel manufacturers started to notice water leaking under their concrete slab floor, they suspected this was exactly what had happened, and reached out to our team at Nuflow Sydney Metro for drain cleaning help.

Over 30 years of steel manufacturing had led to corrosion

First up, we used a CCTV drain camera to inspect the pipes and spot any breaks or leaks. We identified that there was about 100 metres of pipe where rust had built-up and started corroding. The broken pipes under the slab of concrete in the loading bay were the most deteriorated – most likely caused by the additional load-bearing from large trucks driving in and out of the bay.

Because of the extensive damage to the pipes, there were two options for repairing them. The first option was to dig up the broken pipes under the concrete slab, and replace them with brand new pipes. Replacing the pipes completely would mean the steel mill would need to shut down for at least one month to carry out the plumbing services safely.

The second option was to repair and reline the pipes from the inside, creating a new pipe inside the broken pipes with only minor excavation. Relining the 100 metres of broken pipe would take just a couple of weeks, and cause less damage to the facility as the concrete slab floor would be able to remain intact.

The management team at the mill decided to opt for relining. We worked with them to plan the commercial plumbing repairs to coincide with the annual Christmas shutdown, in order to minimise the impact on manufacturing.

Before we could get started with relining the pipes, we first needed to clean them out to get rid of the built-up rust. To gain access to the pipes, our team strategically excavated at key locations. We then sent down robotic tractor cutters to descale and unblock the pipes, removing rust and leaving the interior smooth so that the relined pipe sections would seal effectively.

The relined pipes needed to withstand high-wear and corrosive particles

Because the new pipe sections needed to withstand corrosion, and were so massive in size at 400mm, our team at Nuflow Sydney Metro worked with the National Research and Development team to create a custom-made resin.

“Most pipes are around 5mm, so this was a huge job. As well as factoring in the size of the pipes, the resin we used had to be really high-wear to withstand the steel particles in the water. We created a custom epoxy resin that’s certified potable.” Stephen James, Supervisor at Nuflow Sydney Metro

Pipe relining carried out overnight to beat the heat

Over Christmas, the temperatures were set to be in the high 30s, which meant the epoxy relining solution could take longer to set. Because the concrete slab over the pipes would also retain heat during the day, our team worked nights instead to install the relined sections piece by piece. We also used a cooling pump to pump water over the concrete slab, keeping temperatures down as the resin set.

No digging, no problem

The steel manufacturer now has relined pipes that are resistive to corrosion, and that allow water to be pumped into the facility effectively. Because we didn’t need to excavate the whole loading dock to fix the broken pipes, the factory was able to open right after Christmas, keeping downtime to a minimum so they could get back to business.

If you have industrial plumbing problems and are keen to avoid excavating or demolishing to fix your pipes, get in touch with our team at Nuflow Sydney Metro. We deliver pipe relining services and commercial drain cleaning in Parramatta and Ryde regions, and we’re here to get your pipes sorted.

When Parramatta home owners moved into their brand-new house, the last thing they expected was to find that their sewer...
Read more
Licence Number: 299223C
Visit nuflow.net
2022 © Nuflow Sydney Metro