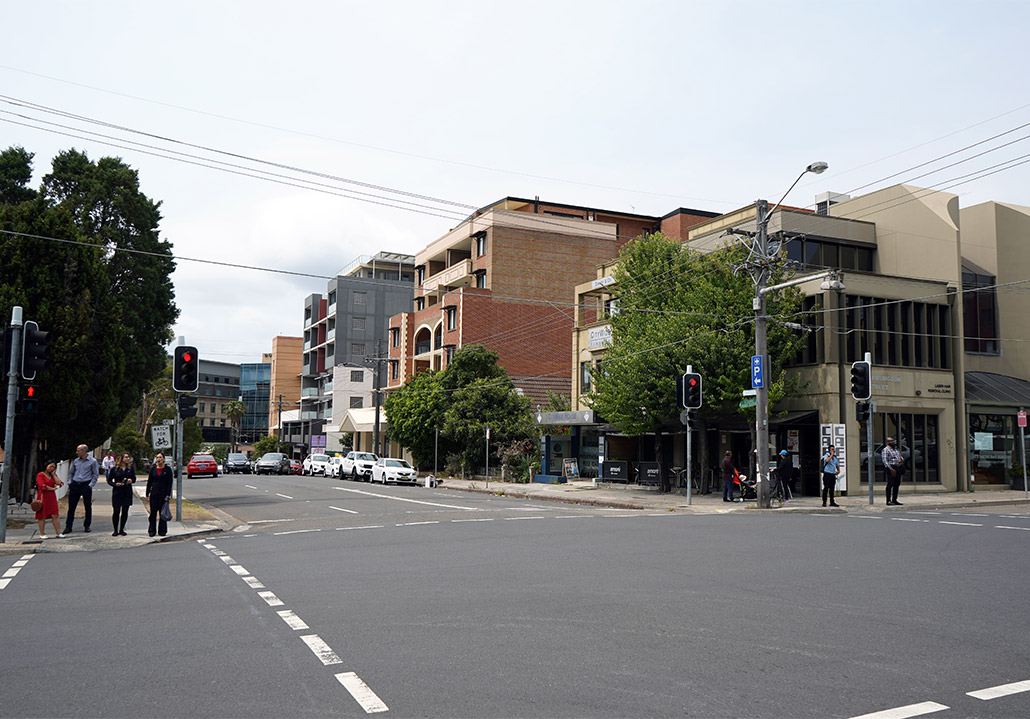 In high rise buildings, it’s common for stormwater pipes to be hidden inside structural columns. When strata plumbing problems like leaks or blockages arise in these buildings, they can be costly and time consuming to resolve. When the strata manager and strata committee for an apartment block in Kogarah Town Square found a mysterious leak through the ceiling of a 6th floor apartment, they found out just how difficult strata plumbing can be.

When their local Sydney plumber worked out that the leak was coming from a 100mm PVC stormwater pipe and not the water system, they attempted to resolve the issue by removing the ceiling to get to the problem. In the process, the plumber discovered that the pipe was deep within a structural, load bearing column. This meant the plumbing services would not be a simple fix, and that simply replacing part of the pipes would not be an option.

From the outset, it was clear that fixing the leak would not be straightforward. If the property managers decided to replace the damaged pipe, engineer approval would be required due to its location in the structural column and ceiling slab. Scaffolding would also have to be erected to access the external section of downpipe.

These additional contractors and costs were quickly adding up. The senior strata community manager had heard of pipe relining, and wanted to see if this could be an option to minimise disruption to the residents, and to the shopfronts below the building. They contacted our Nuflow St George team to see if we could provide a less disruptive and cost-effective solution. After we demonstrated our cured-in-place pipe relining method, they were confident we could get the problem sorted.

To reline the broken stormwater drain, we used Nuflow’s environmentally-friendly pipe rehabilitation solution, Blueline. This involved custom-creating a felt liner to fit the exact specifications of the pipe, and impregnating it with epoxy resin. The liner was then pulled into place in the pipes using the existing access points – which meant there was no need to demolish or drill into the ceiling or structure. The result was a new, strong and permanent pipe inside the existing one. 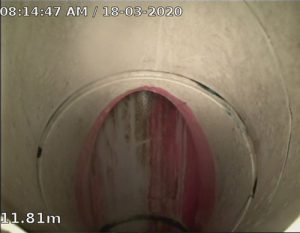 Before: The original, cracked pipe. 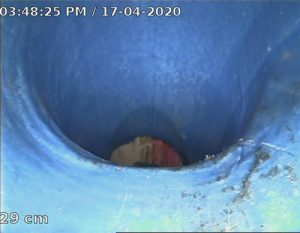 After: The relined pipe.

In order to install the Blueline pipe reliner effectively, we needed two access points: an upstream entry point, and a downstream access point. These access points were hidden amongst the structures, which presented an added element of difficulty. We used specialised pipe locating equipment to find these two access points which were 8 floors apart: one located on the roof apartment block, and the other in the ceiling space of the ground floor apartment.

When structural works are undertaken in an apartment complex, tenants usually need to relocate for the duration of the repairs for their own safety – not to mention the noisy and dusty smashing of concrete. With our pipe relining solution, we were able to not only create a long-lasting solution to the problem, but we also avoided disruption to residents. We eliminated the need for additional contractors and costs, including engineers, builders, bricklayers and concreters.

“We wrapped up the job in two days, and because we’ve got such a small footprint on site, there was hardly any disruption to residents.”  – Todd Proctor, Nuflow St George

At Nuflow St George, we use pipe relining solutions to fix strata plumbing problems quickly and efficiently. By repairing pipes from the inside, we’re able to get you back up and running in no time. Chat with our team about residential stormwater drainage solutions today.