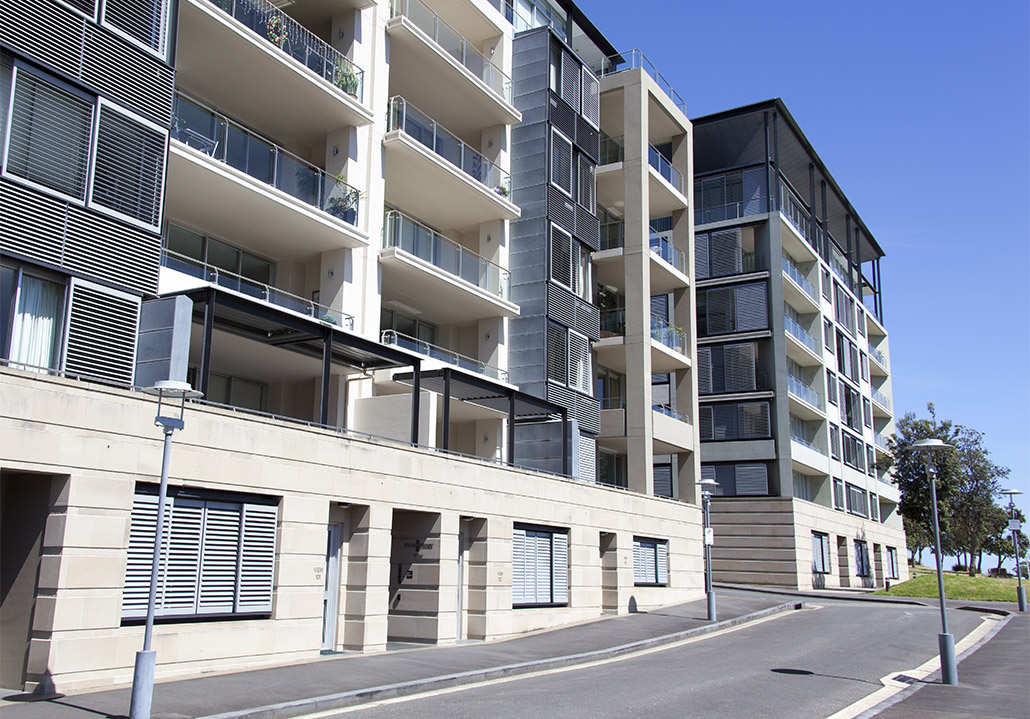 Tree root intrusion in sewer systems. It’s the bane of many property owners, and can be notoriously tricky to fix for good. Once tree roots find even the slightest crack or leak in a pipe, they can break in and cause further damage and blockages.

When the pipes in question happen to run underneath a structure, a concrete slab, or a driveway, it can be especially difficult to access the pipes to fix them. This was the case at a pipe relining project we completed for a block of apartments and businesses in Sydney.

The Randwick apartment block’s sewer system was made of 150mm earthenware clay pipes, which had started to break down over the years. The broken sewer line had attracted tree roots, which had entered the pipes and completely blocked them. This was creating problems for all the residents in the apartment complex, as well as for two businesses with storefronts on the ground floor.

Replacing the broken pipes would mean disruption to homes and businesses

In order to dig up and replace the damaged pipes, the property owner would have needed to completely destroy the driveway and carpark. This would have caused a great deal of disruption, particularly for the property’s residents and businesses. Without a working sewer system, residents would have likely needed to leave their homes during the plumbing services, which would have taken at least a week.

The owner was, understandably, keen to find an alternative to digging up and replacing the broken pipes. After some investigation online, they discovered our no-dig pipe relining solutions and contacted our team at Nuflow St George to see if we could help.

We came out and met with the property owner and the real estate principal, and used our CCTV drain camera to check out the extent of the problem. The drain inspection report and footage revealed over 15 metres of broken pipes running under the building’s car park. The footage also showed us that there were large sections of the sewer pipe that was full of tree roots. 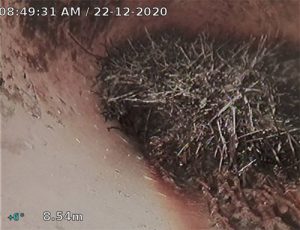 We talked through our recommendations with the property owner, which included clearing out the blocked drain with hydro jetting, and relining and repairing from the inside. With Nuflow’s epoxy resin pipe relining solution, we were able to fix the pipes using the property’s existing access points, without digging up the concrete driveway or car park.

Tree roots are incredibly resourceful, and even when they’ve been cleared out of pipes, they tend to keep returning again and again. Because our pipe relining solution creates a completely leak-proof seal and is structurally stronger than brand new pipes, it’s designed to keep out tree roots for good. 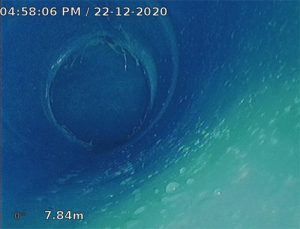 There was one large junction in the sewer system that had broken down, and the property owner initially thought the only way to repair it would be to dig up and replace the pipes. However, with Nuflow’s pipe relining technology, we were able to repair the junction from the inside without a problem.

“We measured up the pipe junction and made a custom felt liner. When we repair junctions, we use CCTV cameras to pull the pipe liner into the exact place it needs to sit. Once it’s cured, the epoxy resin creates a new, seamless junction pipe without needing any connectors or seals.” – Todd Proctor, Nuflow St George

No digging, no dramas

We completed this job and fixed the broken sewer system over two days, so everyone could get back to business. For the short time that the sewer system was out of action, we supplied portaloos to minimise disruption.

“The owners were really happy with the outcome – especially that their tenants didn’t need to be housed at another location while the works were completed. The businesses were also able to keep trading over the time we were on site, which they really appreciated.” – Todd Proctor, Nuflow St George

If your pipes are blocked and you suspect that tree roots could be the culprit, our team at Nuflow St George can help. Talk to our friendly team to get your blocked pipes sorted today.