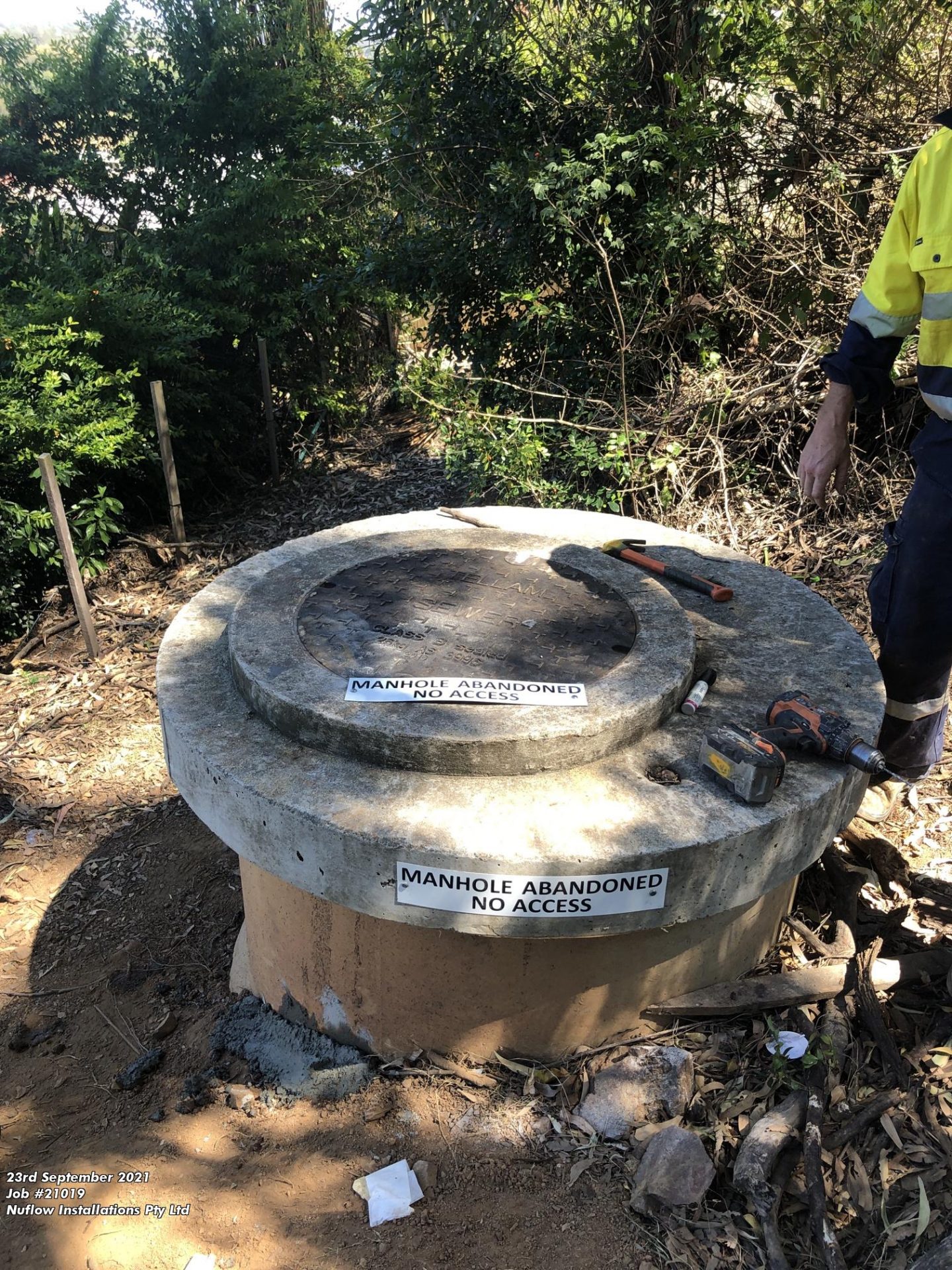 There are thousands of maintenance holes (manholes) in suburbs and towns, they are often overlooked. When you do notice a manhole, its usually for the wrong reason – like when it’s overflowing. Even worse, if it’s overflowing and raw sewage is running into your back yard.

Unfortunately, this was the case for some of the residents in a quiet South East Queensland suburb.

Overflow you don’t want to know

The overflowing manhole was reported to the local water authority, who organised to clear the blockage. The manhole was behind the home, situated on the side of a steep hill which had between a 40 and 45 degree pitch.

Working on an incline like this made it extremely challenging, so when the water authority discovered the issue was a damaged junction (branch) and a cracked manhole due to tree root activity, they reached out to Nuflow Gold Coast.

It’s not unusual in a situation like this for a water authority to completely dig up the faulty manhole and pipes and renew everything – especially when the manhole discharge is flowing into residential properties with the potential to cause health and environmental issues. The downside of this approach would mean lots of heavy equipment and disruption to the local residents.

Instead, the water authority decided to Nuflow Gold Coast to rehabilitate the entire sewage system with pipe relining, and to delete the manhole. Our Nuflow pipe relining experts were able to use a no-dig solution to repair the damaged and broken pipes and manholes, without the need for excavating. This meant less disruption to the local residents from noise and pollution – in fact, they probably never even realised the job was being done.

The process involved relining the entire junction with a one-piece relining system. Now, the 45 degree junction is one seamless structure, with no joints that could catch debris and cause future blockages.

Once the manhole was repaired, it was filled with sand and sealed with concrete. Nuflow also installed signs stating the “manhole is not in use” and affixed them in two locations for future maintenance teams to easily see. 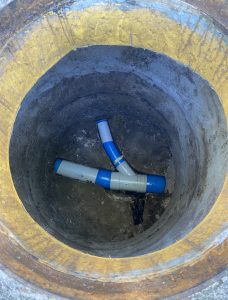 After, relined and repaired junction

Final result was no more overflow

The end result was a manhole that would never overflow again. It was done in a small window of time and without disruption to the happy residents, who won’t ever need to deal with raw sewage in their back yards again.

Relining the damaged pipe meant that it would stop any future overflow – but to be absolutely certain, the Nuflow team also sealed the internal cracks and damage to the manhole using Nuflow Croc Flex and Smooth Coat. These solid epoxy-based products are also locally designed and made by Nuflow to assist with rehabilitating damaged pipes, pits and manholes. The systems seal the manhole and extend the working life of these vital assets. 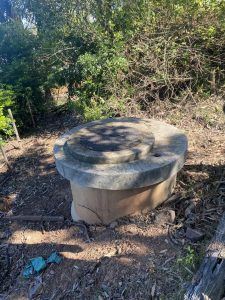 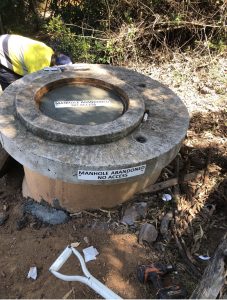 What causes manholes to overflow?

Main sewer systems have a manhole at every change of direction, like at a branch line connection or other locations that may need to be accessed to help clear blocked sewer pipes. This vital infrastructure is key to maintaining the sewage system, but on occasion they will overflow (surcharge) because of a blockage downstream. This will usually cause the entire sewer in the street to block and cause major inconvenience for the homes closest to the manhole or blockage

Fix it for good with Nuflow Gold Coast

Nuflow’s pipe relining technology is Australian engineered, designed and manufactured. It carries up to a 50 year warranty, and when installed bonds to the host pipe for a permanent solution. It will bond to virtually any material of pipe including plastic (PVC), metal, vitrified clay and concrete – and can reline pipes with internal diameters from 40mm to 1500mm.

If you experience regular blockages in your sewer or funny gurgling and bad odors from your pipes, contact Nuflow Gold Coast for advice on the best solution to fix the problem for good.

A storm water stack hidden behind a brick wall at a Queensland beachside resort was causing havoc until the Nuflow...
Read more
THE PROBLEM There were ongoing blockages in sewage pipes servicing the amenities block at the resort pool. The repair had...
Read more
Licence Number: QBCC 15198038
Visit nuflow.net
2023 © Nuflow Gold Coast