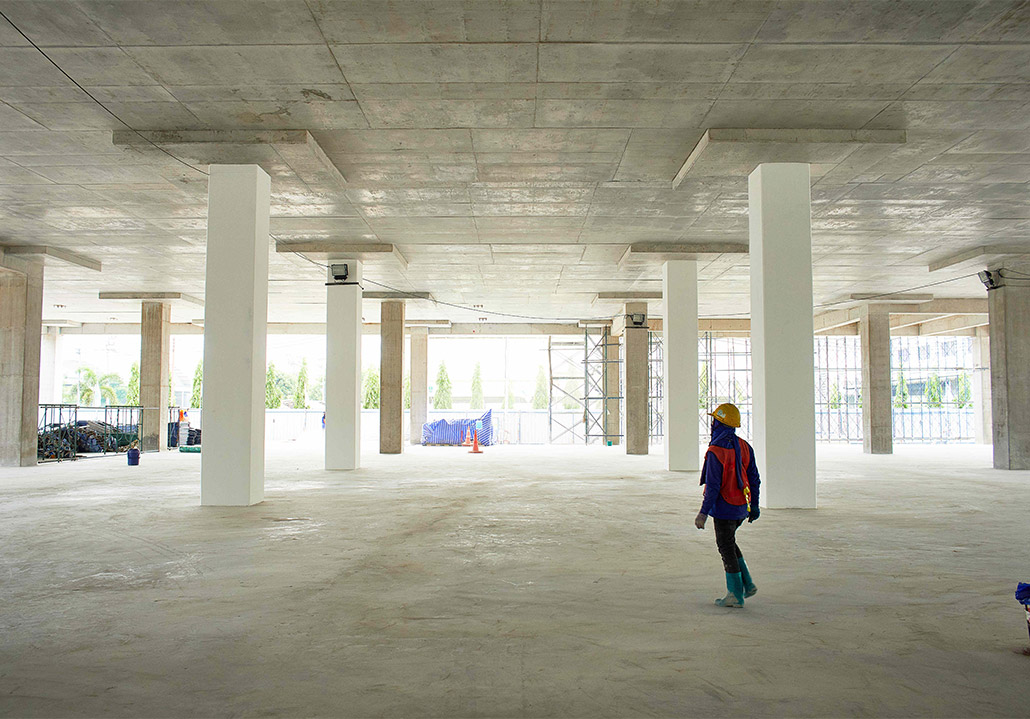 During the first stages of construction for a new 4-story commercial building in Orange, the management team was faced with a big problem very early on. After laying the foundational concrete slab for the entire building, they noticed that their sewer pipes were already leaking!

Construction stopped before it had begun

As soon as the team noticed the leaking sewer system, construction came to a stop. They knew that the problem had to be fixed immediately before commencing work, especially if they were going to have to dig up the brand new concrete slab they had only just laid.

Upon further investigation, the construction workers realised that they had accidently drilled a steel beam straight through a 100mm sewer pipe – the result being a blocked and leaking sewer system.

The construction contractor wasn’t keen on undoing all the work they’d already done by excavating the concrete slab. An internet search for no-dig pipe repair solutions put the construction workers in contact with our team at Nuflow Bathurst.

To dig up and repair the pipe would have meant excavating the new slab and disruption to the entire operation. However, upon arrival and assessing the problem, our team was able to provide a less destructive solution.

“The first challenge was removing the steel bar that had gone straight through the sewer pipe. To do this, we used our specialised grinding head on our Picote Milling Machine to remove the length of the bar via a downstream access point.” – Todd Proctor, Nuflow Bathurst

Once the bar was removed, we set to work repairing the broken pipe. To fix the cracked section of pipe, we prepared our Nuflow Blueline pipe relining solution. This involved custom-fitting a cylindrical felt liner to the exact specifications of the pipe, and infusing it with epoxy resin. The felt liner was then pulled into place inside the existing broken pipe, where it cured and created a brand-new pipe – sealing off the holes, and fixing the problem without having to excavate the slab.

At the start of the job, our CCTV inspection footage was used to pinpoint the exact location and extent of the issue within the broken pipe. We were then able to show our client exactly what and where the problem was and how we were going to fix it.

At the completion of the job, we then provided snapshots to the client of the relined pipe from our CCTV camera to ensure transparency that the job had been done thoroughly and professionally. 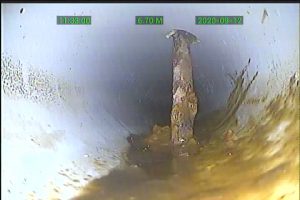 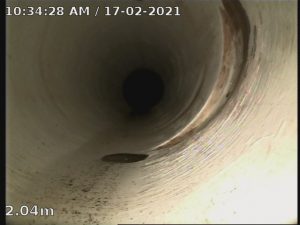 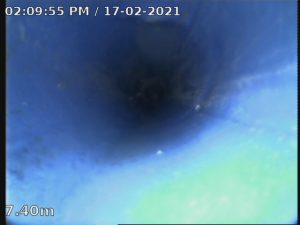 With our pipe relining technology, a problem that could have taken up to a week to fix was sorted in just one day. This meant that construction recommenced with little interruption to the schedule or the building’s staff members. The freshly laid concrete slab did not need to be excavated or damaged in order to access the problem pipes.

The team at Nuflow Bathurst got started on the job straight away and provided the best possible outcome. Our friendly and thorough approach meant that the job was completed efficiently and effectively, resulting in a very happy client.

By repairing pipes from the inside, we’re able to provide long lasting solutions in an incredibly short time frame, so commercial construction jobs aren’t held up by lengthy plumbing problems. Chat with our team about how we can fix your commercial plumbing problems for good today.