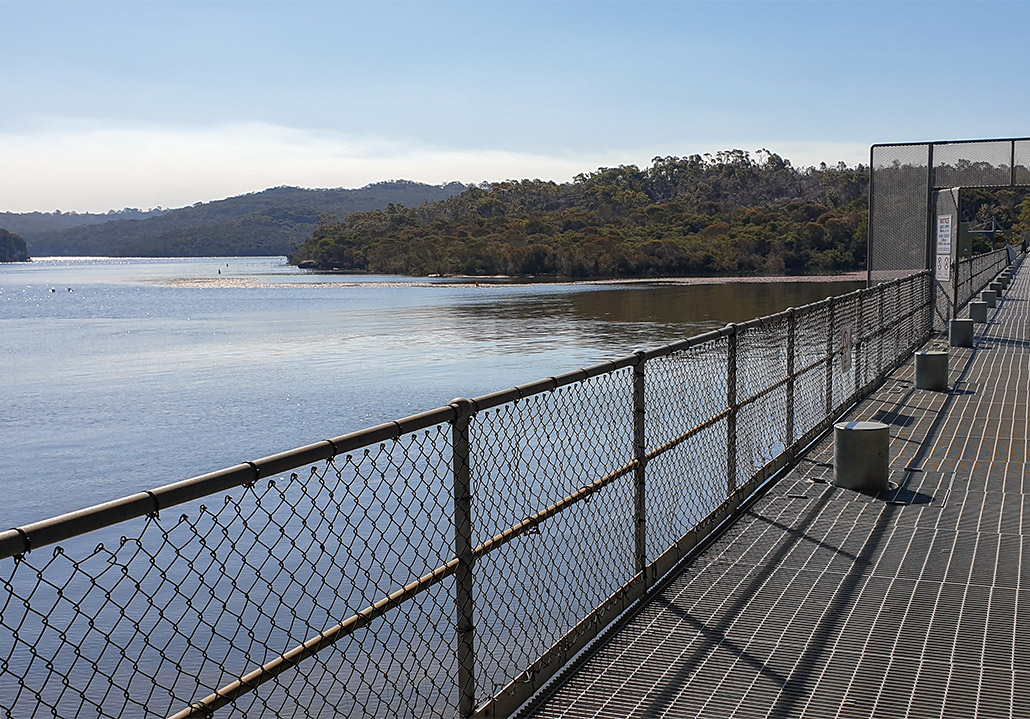 With so many pipes installed in Australia and New Zealand pre-1980 now approaching the end of their lifespan, building owners, facility managers and water authorities are faced with the dilemma of how to keep their facilities safe and running smoothly.

In some cases, pipes are buried under roads, inside concrete structures, or simply not in a position to be dug up and replaced. So, what’s the solution for these problem pipes?

Reservoir inlet pipe was buried deep in the concrete structure

In the ACT, a local water authority was renovating a 60-year old water reservoir. They needed a clever solution for rehabilitating a large inlet pipe (DN750mm) that was buried deep within the engineered concrete structure.

There was no way to replace the pipe without destroying an essential structural part of the reservoir, which would have potentially delayed the renovation for months.

The homes, schools and businesses in the surrounding suburbs relied on the reservoir for their water supply, which also acted as a balancing tank when water was supplied from a nearby water treatment plant. This meant that it was essential for the reservoir to continue supplying safe (and consistent with high water quality standards) drinking water to the community throughout the repairs.

With Nuflow’s Greenline potable water relining solution, we were able to rehabilitate the pipe completely without affecting the rest of the structure. Before we could get the relining installed, we needed to prepare the pipe by cleaning it out and descaling it with high pressure water jets.

Following the descaling of the inside of the pipe, we built a custom pipe liner to the exact specifications of the pipe, which was impregnated with epoxy resin free of BPAs and safe for drinking. The liner was pulled into place, and a bladder inflated inside it, creating a seal against the walls of the concrete pipe. Once the resin had cured, we removed the bladder, resulting in a brand new, strong pipe inside the original pipe.

Once the Greenline solution had been installed, we used Nuflow Smooth Trowel – a specialised Nuflow manufactured product made with Croc Mate – on the upstream and downstream ends of the pipe. This provided extra strength against water penetration, and assisted with extending the life of the concrete around the inlet to the pipe.

We manufactured the liner on the scaffold platform, resulting in a minimal site footprint and allowing other trades to continue to working during the installation. All up, the job took three days to complete including travel, site inductions and establishment, pipe relining preparation and cold weather conditions. However, it was far from a simple job.

The only way we were able to access the pipe was via a confined space entry conditions pit, which was about 3.5 metres deep. The outlet of the pipe was downstream and about 7 metres above the reservoir floor, which was accessed by a scaffold platform.

In these conditions, safety was paramount. Even the smallest accident could close down the site and put the vital project behind schedule – which would then impact the local water supply.

“The client was really happy with the way the project went, and how the team followed the safety protocol to the letter. We finished the project on time and to budget, which was a great result.” – Todd, Nuflow Bathurst.

At Nuflow Bathurst, our expert team of pipe relining technicians can help rehabilitate your pipes – even in extreme conditions. Talk to our team today to learn more.

During the first stages of construction for a new 4-story commercial building in Orange, the management team was faced with...
Read more
Licence Number: 338946C
Visit nuflow.net
2023 © Nuflow Bathurst